Love (and Football) Is in the Air 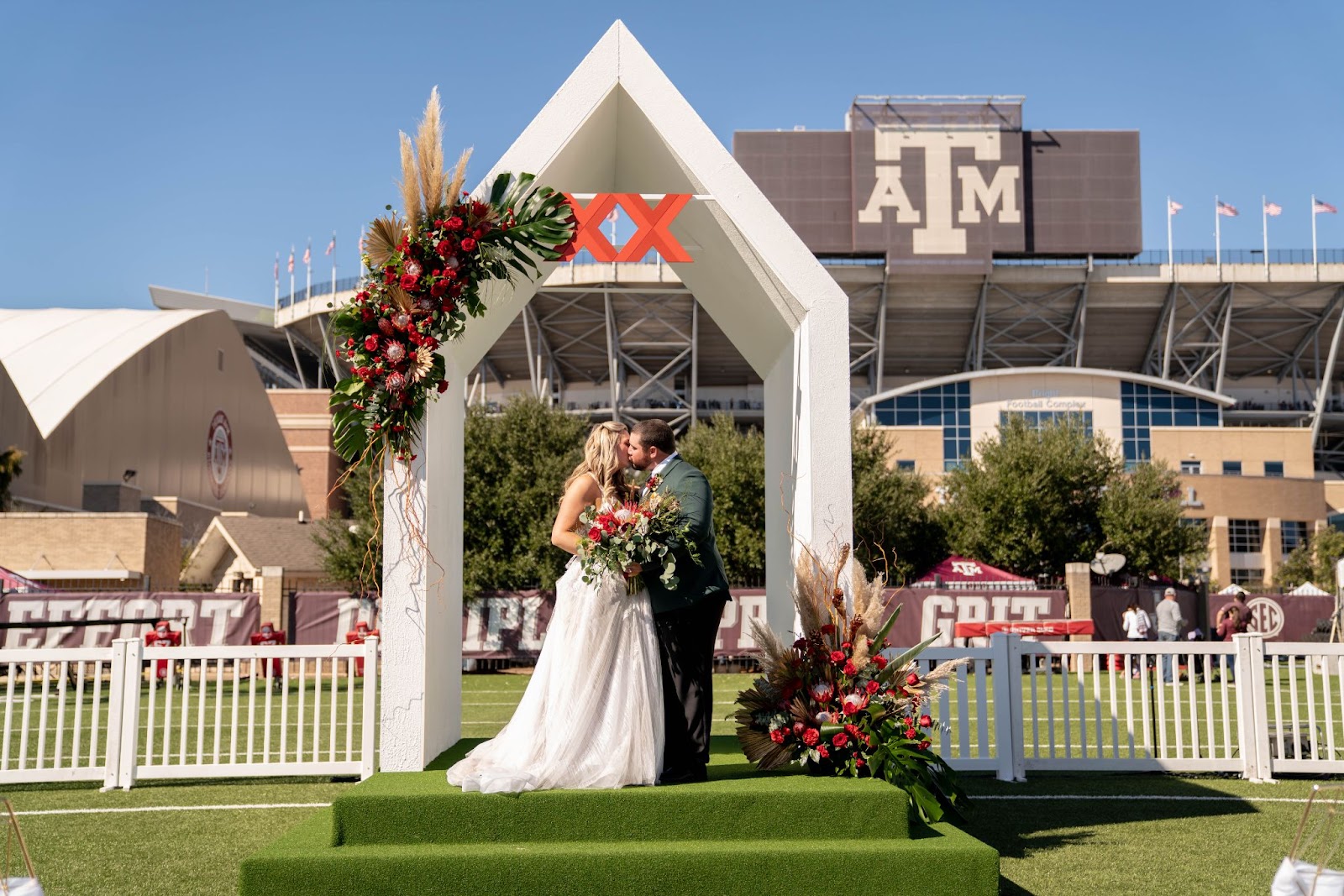 The most popular month to get married? September.

This puts college football fans in quite a predicament, but we teamed up with Dos Equis to help one pair of fans have their (wedding) cake and eat it too by throwing them the ultimate tailgate wedding. 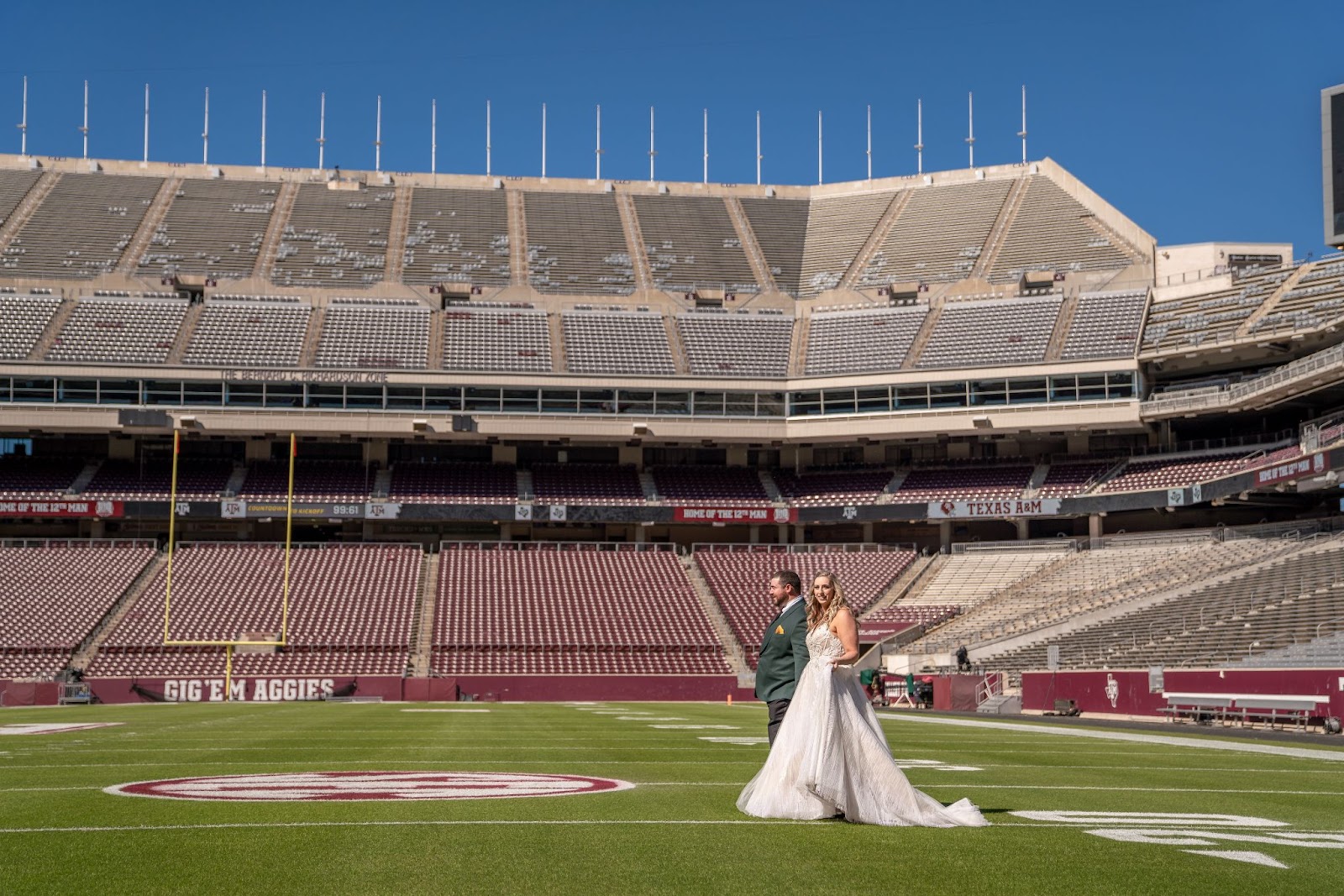 TACKLING A LIFE TOGETHER

We considered every moment of the experience, from a first look on the field to having Fox Sports personality, Charlotte Wilder, officiate the ceremony — which we timed perfectly to end with a stadium flyover.

After a Dos-fueled reception, the couple headed to a pair of special ‘honeymoon suite seats’ to watch the game. 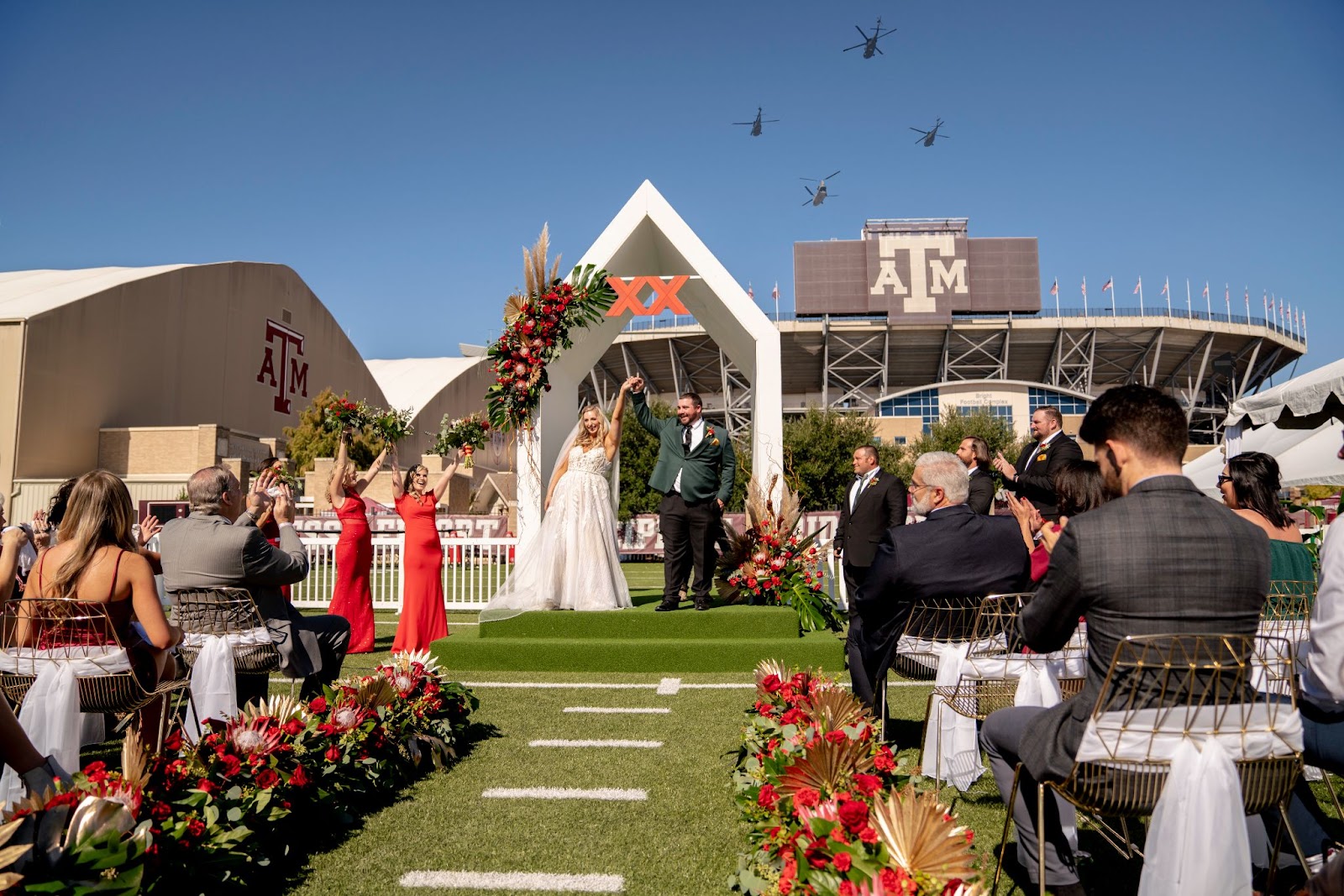 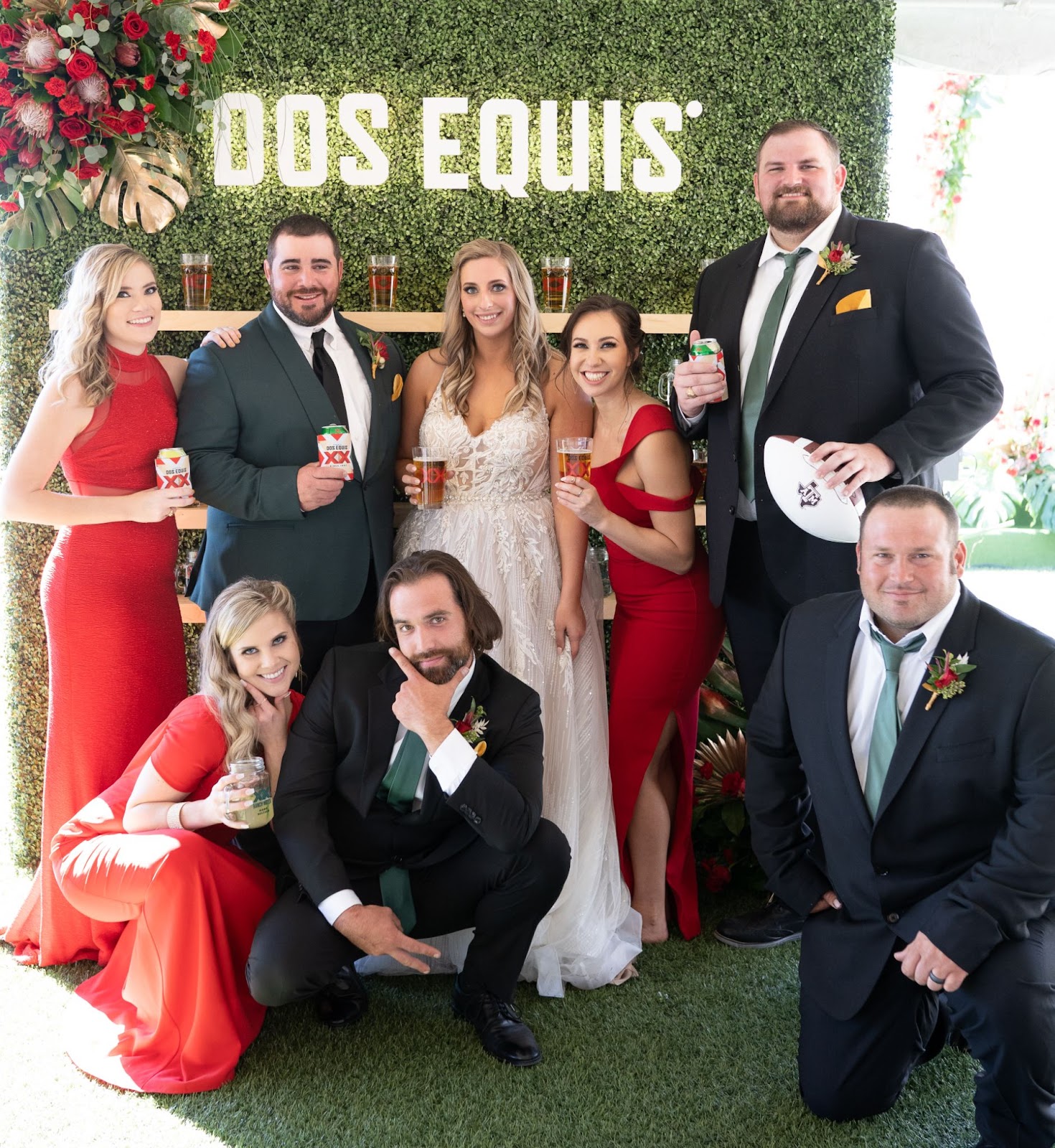 And to top it all off, we whisked the newlyweds off in a branded El Camino, which took them to a romantic ride in a Dos Equis hot air balloon. 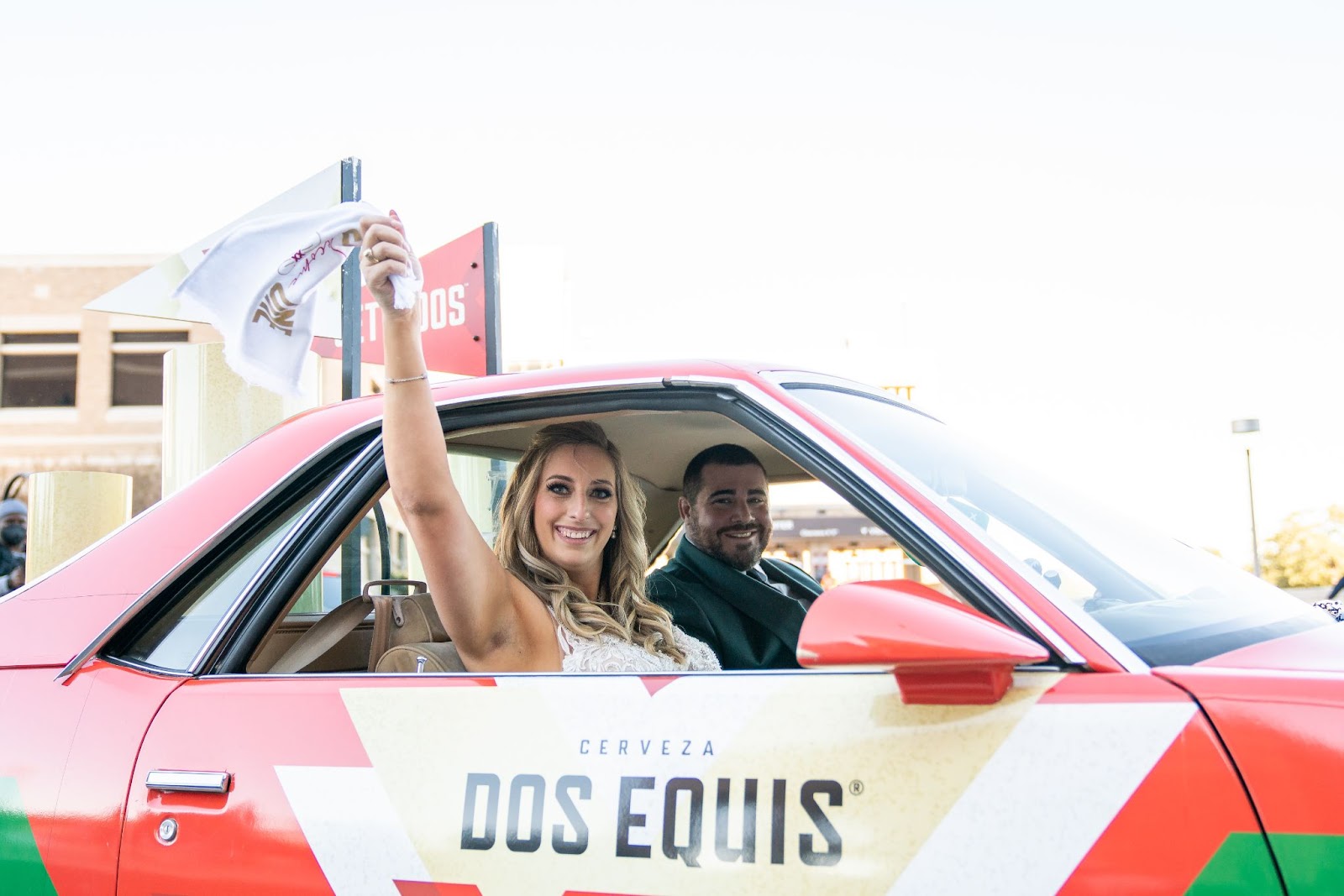 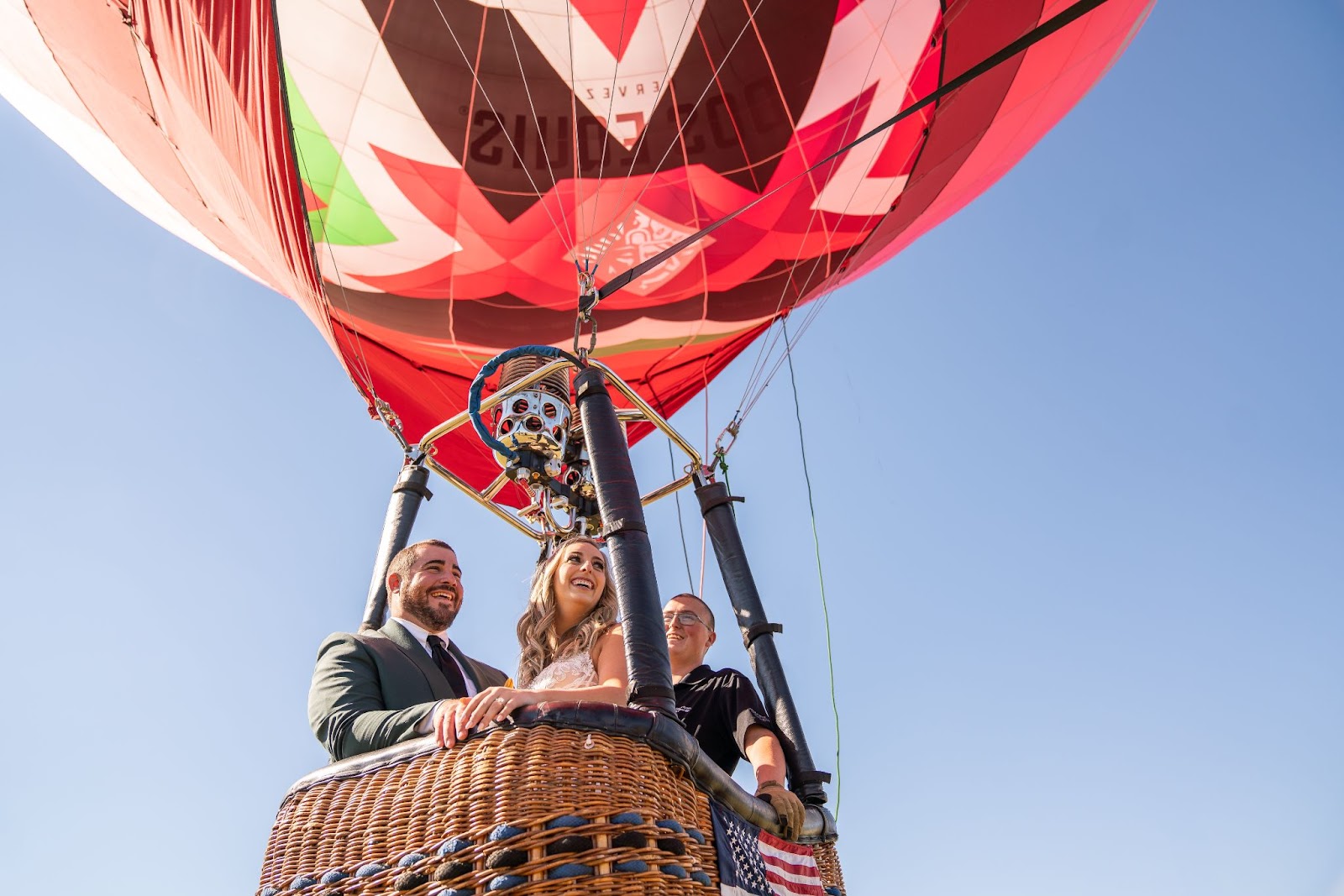